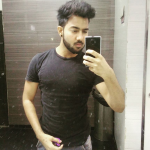 Well team Bangladesh has arrived to new Zealand for their upcoming ODI series with new Zealand.

Recently Bangladesh premier league has finished and its was wonderful session just like Indian premier league happens every year in India.We are hopping that this tournament also make good interesting matches so wish you all the very best team Bangladesh to have a wonderful tour of new Zealand.

New Zealand’s three-match ODI series against Bangladesh will be their last bilateral assignment before the all-important World Cup in England, which effectively gives them five games, including two practice games against India and Windies in May, before their opening clash against Sri Lanka in Cardiff. And even though they have never lost an ODI to Bangladesh at home, the 4-1 series loss to India has the hosts sweating enough.

They are yet to sort out their opening conundrum.That Guptill endured an average series against India, scoring 47 runs across four innings, heats things up further at the top.Colin Munro hasn’t quite cracked the ODI batting code, something that’s never been more obvious than against India, and so Henry Nicholls will continue at the top and hope to make the most of the opportunities.

What to expect: There’s no rain predicted. Expect the pitch to be flat but there was some nip available early on for Mohammed Shami here in the last ODI played here, while Tim Southee and Trent Boult were without a wicket against a powerful Indian top order.

The hosts enter into the series as firm favourites with the presence of Kane Williamson and Trent Boult in their side but Bangladesh are capable of springing a surprise upon them, for instance, the Champions Trophy 2017 league fixture.